Pastor Jason received his formal ministerial training through the PennDel School of Ministry (PDSOM). He has been a minister with the Assemblies of God since 2017. He was ordained in May of 2021.

Pastor Jason served as a Children's pastor and Family Life Pastor at Monroeville Assembly of God campus churches before coming to Christian Assembly of God. Pastor Jason believes children are "the church of today" and the Baptism of the Holy Spirit is for all believers - kids too!

He is co-vocational, serving as the Director of Customer Satisfaction for a Cheswick-based software company. With nearly thirty years of experience in Information Technology, he is comfortable with the title "computer geek".

Despite living in Cleveland for nearly 18 years, Pastor Jason's second favorite Sunday activity is cheering on the Black n' Gold.

Bridgette is native to Cheswick. She attended the California University of Pennsylvania. Bridgette is a special education teacher and refuses to let potential be limited by labels.

Bridgette and Jason have been married since 2012 and have two school-aged children.

Pastor Bob Lecocq serves as Pastor at Christian Assembly of God and Dean of the PennDel School of Ministry (PDSOM).

Pastor Bob carries a B.A. from Central Bible College and an M.A. from Missouri State University. He has been a minister with the Assemblies of God since 1977.

Pastor Bob served as a youth pastor in St. Clair Shores, MI, and Allison Park, PA. He returned to his Alma Mater (Central Bible College) to serve as the Public Relations Representative and Student Ministries Director. He has been a featured youth speaker in various camps and conferences across the country. Additionally, he has been a lead pastor in Lakewood, OH, Salem, OH, and Wauchula, Fl. Bob has also been an adjunct professor at Kent State University, Southeastern University, South Florida Community College, and Valencia College. Pastor Bob has been a long-time rotarian serving on various boards, chairman of the Youngstown/Warren Section Missions Convention, the President of Salem Community Center, founded the Real Life Foundation, served on the Salem Community Foundation, and the Salem Rotary Foundation. He has traveled extensively in ministry to; Jamaica, England, Togo, Benin, Burkina Faso, Russia, and Bulgaria.

Debbie grew up as a missionary kid (MK) in West Africa. She attended Central Bible College. Debbie has actively served in ministry alongside her husband since their marriage in 1976. She became an ordained Assemblies of God minister in 2014. She is an anointed teacher/preacher.

Bob and Debbie have three children, along with their spouses, and five grandchildren all of whom love the Lord. 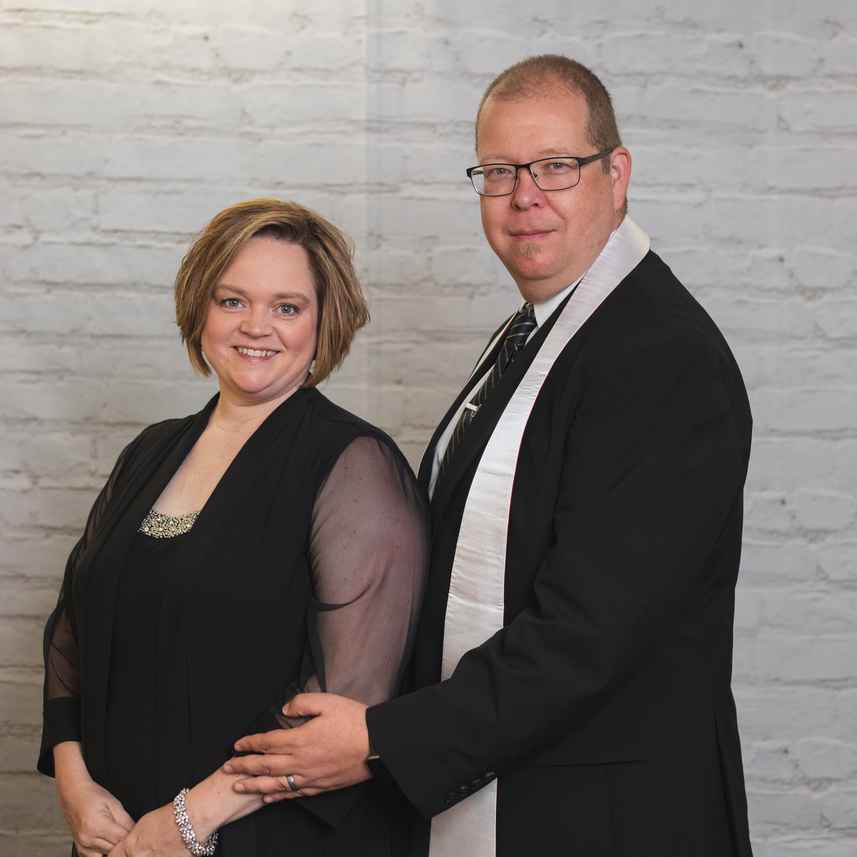 then 'Add to Home Screen'